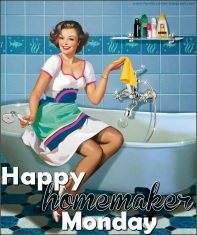 Good Morning!!  Things have been a bit hectic here.  Working with the boys and their school work, the semester ends December 19th, and then we have 3 weeks off!! I don’t know who’s looking forward to it more, me or the boys  😀  We also have a cold virus cycling through the house, not fun at all.  My daughter started out with Strep throat, and was put on antibiotics for it, but she ended up with an allergic reaction, where she broke out in hives.  She saw her primary care Doc and they gave her Benedryl for them, but by the end of the night, they weren’t getting better, and once they reached her face and lips, we decided to take her to the ER.  I find that nurses in the ER are so nice, and have a wealth of information.  This one told us that an allergic reaction to medicine will begin with hives on the back of the neck, which most people don’t see right away.  That is exactly how my daughters started.

Looking forward to the Holiday, even though we aren’t having anyone over, we will still enjoy a delicious feast, I’ll be cooking up a quiet storm, but it’s something my kids look forward to every year.  Wishing you and yours a very Happy Thanksgiving!!

Chicken Parm Lasagna.  Saw this one on FB and just had to try it.  I love Chicken Parmesan!!  It was delicious.  My daughter’s boyfriend was here and when I told him what I was making he was like, are you kidding me? Chicken Parmesan and Lasagna…together?  Once he tried it, he just closed his eyes and shook his head, then said his taste buds were doing the Whip and the Nae Nae 😀  So yeah, it’s pretty good.

It was 39 degrees the other day, but it felt like 29 because of the wind.  With the wind brings the waves, and the waves bring the surfers.  This picture is just a few of them, there were at least a dozen out there.  On one end of the lake, we have the beautiful Chicago skyline, this is the other side where we have the view of the BP Refinery.  The surfers always surf on this side, the waves didn’t seem that big to me, they were much larger on the other side.  But they seemed to be having fun, cheering each other on.  It didn’t seem like any fun to me, it was cold!! 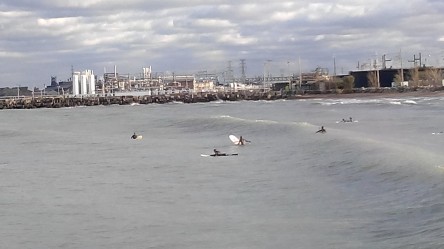 FAVORITE VIDEO FROM THE WEB:

FAVORITE PIC FROM THE CAMERA: 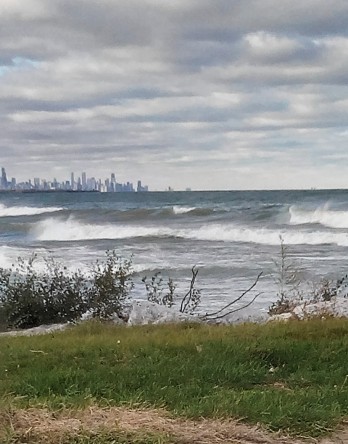