Wanted to share one of my Christmas stories I wrote a few years ago.  I was given one word as a prompt to write a story.  The word was Brick.

A Walk in the Snow 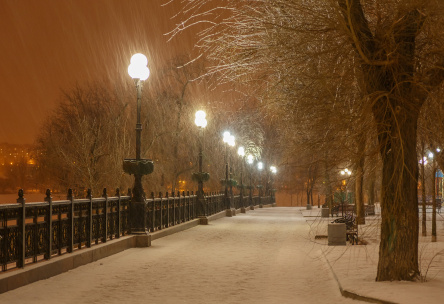 How is it that she found herself sitting across from this man?  She didn’t plan on being in this position ever again…laughing, talking…feeling.  It wasn’t that she was heartless, it’s just that her heart wasn’t available; it was guarded by the wall she carefully built around it.  Yet was it?

Anya has had her share of disappointment and heartache throughout her life.  She learned early on not to make each disappointment a litany of her life, she let it go and moved on.  But it was her last relationship that taught her to guard her heart once and for all.  He was her first love.  When she was ready to go away to college, he talked her into staying locally.  At the time it didn’t seem such a great sacrifice.  After all they talked of a future together, they declared their love for one another.  She wasn’t going to give up on her dreams altogether, just taking a different path to pursue them.  Besides, they were together.  Until they weren’t.  A few weeks before Christmas he left her.  He didn’t even have the decency to say goodbye.  One day he was just gone, left without a trace, vanished into thin air, like he fell off the face of the earth…well…you get the picture.

In the beginning she wondered why.  It was always the why.  Each day it was his voice that she heard, as she rehashed their time together in her mind.  Until she decided to use each one of those memories, every negative word spoken against her, every inconsiderate action, as bricks to build a wall around her heart.  Each tear that fell served as the mortar to cement them together.  She poured her energies into her schooling and became a successful Advertising Executive.  Never looking back again.  Occasionally, she would date, go out and have fun, but she only let people get so close.  There were a few that got close to the wall, but that was it, she wouldn’t allow them to peek over.  She wouldn’t take that chance again.

Then one day she met Justice. Justice made her heart beat a little faster whenever he was near.  The more time they spent together the more her heart ached to be free to love again.  She found herself feeling things she hadn’t felt in years.  Things she didn’t allow herself to feel this passionately.

She enjoyed their time together, but the more time they spent together, the more it unsettled her.  Because the way he looked at her, the way he made her feel, with each genuine compliment, each considerate gesture he bestowed upon her, she found her bricks began to come down, one by one.  Who was he?  She didn’t trust many people, could she trust him?  She could hear the answer echo off those brick walls, as a plea for freedom.

It was during the long, late night conversations that she found herself offering up one of the bricks in the form of a long-buried desire.  Bracing herself for when he would carelessly throw it back at her, instead he held onto it as if it were a precious gift, only wanting to use this shared secret to make her happy.  This was the case when she tells him how she loves when it snows, loved Christmastime as a kid, but as an adult, not so much.  He quietly listens as she tells him the painful reason why.

“I’m sorry you haven’t had a nice Christmas, Anya.” He places his hand on top of hers.. “Christmas is my favorite time of year, it’s when all seems right with the world.”

“It’s been awhile since I’ve felt that way,” she tucks her hair behind her ear.

“Well, I’m going to have to change that,” he lifts her hand and kisses her knuckles.

A week before Christmas, after a long day at work, Anya is at home making herself a cup of hot chocolate.  As she waits for the milk to heat up, she watches the falling snow from her kitchen window.  The sense of peace and wonder settles over her soul.  Just then her phone chirps, a text message from Justice.

What are you doing?

Stop.  Come outside and play in the snow.

Yes…I’m waiting for you on your front porch.

Just then there is a knock at her door.  Who does this?  She opens the door, and sure enough he’s there, covered in large, fluffy flakes.  “Play in the snow, really Justice?” She says with eyebrow raised.

“OK, OK, let’s take a walk then.  It’s snowing!!  I’ll buy you some hot chocolate at Starbucks.” He says with a gorgeous smile that she can’t resist.

They walk with their fingers entwined, absorbing the silent beauty, with their footprints side by side, making tracks in the new fallen snow.

When they get to Starbucks, they find a table in the corner; he helps her out of her coat and orders their hot beverages.  She watches as he talks with the Barista, not in a flirtatious way, but with the kindness that is the essence of him.

As Christmas music plays in the background, Anya asks, “So what are your plans for the holidays?”

“I was going to ask you the same thing.  My hope is that I’m Christmasing with you.” He takes a sip of coffee.

Laughing, “Is that even a word?”

“It’s a word,” he puts his cup down.  “It’s actually a lyric in a song.  I’m serious Anya, I want to spend Christmas with you, I want you to enjoy it just like you did as a kid.”

“I couldn’t imagine a better way to spend Christmas, I’m all yours.” With a sparkle in her eye, and a smile filled with pure joy she reaches across the table to hold his hands.

How is it that she found herself sitting across from this man?  Only she can hear the answer, a thud inside her chest as the last few bricks crumble away from her heart.

Flashing that gorgeous smile of his, “Good…because all I want for Christmas is you.” With his index finger, he brushes the hair from her eyes and kisses her.