Good Evening!! Late post, but we’re getting it in!!  Had a nice weekend, it was Super Hero Saturday, and we had a beautiful day weather wise.  The sun was shining, but we did have a nice breeze off the lake, so that saved us from roasting.  Mother Nature has been drenching us with rain the last few days, my new grass is going to be two feet high pretty soon, but that will be a good thing.  Enjoy your week ahead!! 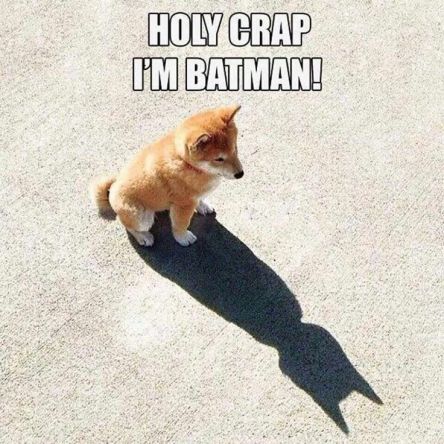 Our day started at our local game store called Mind Benders for the boys to sign up for the Fidget Spinner Contest.  This store is filled with all kinds of board games, and wooden puzzles, it’s a lot of fun. Then we headed to the front of the Middle School where our Mayor had a swearing in ceremony for all the Super Heroes to become Honorary Super Heroes for the city.  They had to say an oath and they each received a certificate with the official city seal.  So, I told the boys that it is now their duty to protect the city, and protect the Mayor at all cost. 😀

There were bounce houses, a rock climbing wall, and a Super Hero

training center for the little kids all located on our main street.  So many people commented on Ben’s costume (it must be the muscles) and the little kids were drawn to him too, giving him high fives and this mini bat man wanting to take a picture with him.  There were several people dressed like Spiderman, I wanted to gather them all up for a pic, but that wasn’t possible.

The Fidget Spinner Contest was small, only about 6 kids participated, this was something new so not a lot of participation.  The boys went up against a lot of smaller kids.  But it was still fun, even though they didn’t win.

All and all it was a good day, with a lot of people, and there was peace in the galaxy as Super Heroes and Star Wars Heroes (and villain) came together for the day. 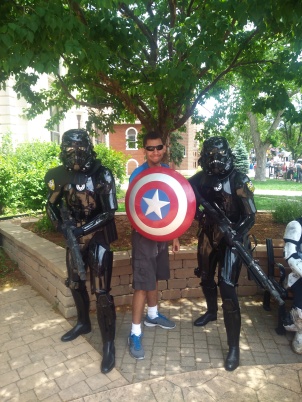 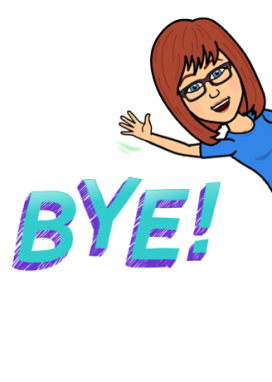