Linking up for Blogmas 2014…25 Days of Christmas. Because I LOVE Christmastime…now if it would only snow!! 🙂

My family LOVES Christmas music.  If they had their way, we would of been listening to it long before Thanksgiving, but I was able to hold them off at least until the Friday after Thanksgiving.  I enjoy it as well, just not too early.  I have so many favorites!!

This has to be my all time favorite one:

I remember watching this special on TV, and knowing even then that it was such a unique musical pairing, and I have loved it ever since.  It was later that I found out that it was actually recorded in September of 1977 to air that year for Crosby’s “Merrie Olde Christmas” TV special.  Bing Crosby actually died of a heart attack a month after the taping. (according to Billboard.com).  I also remember looking forward to watching Christmas specials from Barry Manilow, Perry Como and the Carpenter’s.

This is my youngest son’s favorite right now, he sings it all the time.  The other day, he stopped singing, and just said to no one in particular, “I know what that song means…you shouldn’t give your heart to the wrong person.”  #futureheartbreaker, lol.

Whitney Houston – “Do You Hear What I Hear”

This year I just heard this one, the tune is so catchy, it stays with you once you hear it.  Blame it on the teenagers, but I have become a fan of Ariana Grande, lol.  “Santa Tell Me” 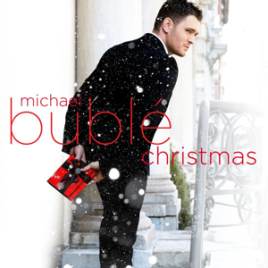 Last but not least…this guy…

My twins and I have been enjoying every one of his Christmas songs this year, you can’t pick just one!!