It’s Tuesday again and time for #BlogBattle.  But first I have to take a moment to celebrate the Chicago Blackhawks for winning the Stanley Cup last night in Chicago!!  They have not won the Stanley Cup in Chicago since 1938, but…they have won it 3 times in the past 6 years.  Definitely a winning team for a great city!!  WooHoo!!

Now onto some more fun.  #BlogBattle is a weekly short story challenge using a single word for inspiration.  Hosted by the talented Rachael Ritchey.  This weeks word:  Frog 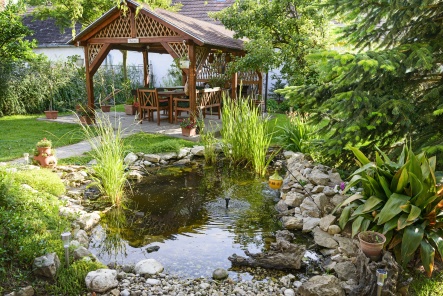 “Fred….Fred…wake up!!  You have to get up…she took Maddie.”  Frank says urgently.

“That lady…the one in the white lab coat…you know the biologist I told you about.”  Frank says hastily.

Half-asleep Fred asks, “Are you sure?”

“OK, Frank…now tell me again what is a biologist?”

“There’s no time for that Fred.  Let’s just say if a biologist gets a hold of guys like us, it isn’t pretty.  We must hurry and find Maddie.”  Frank says desperately trying to get Fred to focus and moving.

“So how do you know Maddie was taken?”  Fred asks trying to gather the facts as they turn to leave.

“Phil.  He told us he saw the whole thing.” Frank says nonchalantly.

“Phil.”  Fred says flatly and comes to an abrupt stop.  “I wouldn’t believe a thing Phil says, you know he’s had his beady little eyes on Maddie since the day he got here.”

“Well, he told us where to find her, if she’s not there, then you can accuse him of being a liar.  We must go, come on.” Frank persuades him.

Phyllis is already there, twitching back and forth at the opening of the clearing to the yard.  She can see the glass chamber that is holding Maddie captive.  She doesn’t want Maddie to see her yet, so she stays back and waits for the others.

Frank and Fred approach and come to a screeching halt.  Shocked Fred says, “He was telling the truth.  How did this happen? What was she doing in the yard in the light of day?”

“She hasn’t been herself lately,” Phyllis says quietly.

“Phyllis!!”  Frank says in a scolding voice, and gives her the eye to shut her mouth.

“What?  She hasn’t.” Phyllis says with indignation.  “Ever since that cute little Asian Frog showed up from across the pond, and was all flirty with Freddie here…where he all but forgot his name…she’s been upset.”

“I didn’t forget my name.  Maddie knows I only have eyes for her, that’s nonsense.” Fred says a little too dismissively.  “How was she lured into that contraption?”

Fred somberly says, “Phil was a little hesitant talking about this part, but it was the ol’ fly on a string ruse, he couldn’t seem to bring himself to elaborate on it, all he could do is shake his head, and repeat, such a shame, such a shame.”

“Ugh!!  How did Maddie fall for that?” Fred says trying to contain his anxiety.

“Maybe she’s just hungry Freddie, I mean she’s been starving herself, ever since Little Miss Thing, with all her exoticness, made that snarky comment about Maddie looking like she is with tadpoles, Maddie thinks she looks fat…it’s made her a little self conscious.” Phyllis says vindicating her friend.

Phyllis steps back and says, “Alright, alright…I’ll shut up.  But how are we going to get Maddie out of there?  It’s beginning to get dark now.”

“Let’s get closer, we’ll let her know we are here, and try to figure something out.” Fred says, just needing to see her.

Nita gets out of the shower, and gets herself ready for bed.  She prays she will get some sleep tonight.  She cannot continue to function on no sleep and Red Bull much longer.  They say hindsight is 20/20, and they aren’t kidding. Putting in that beautiful pond in the backyard was not such a good idea after all.  Sure it’s peaceful, and mom enjoys some quiet time out there, but she’s on the other side of the house where she doesn’t hear the frogs croaking at night.  All. night. long.  Hopefully her little abduction will do the trick.  Nita slightly cringes abduction is such a strong word, it makes me feel like a criminal…desperate times call for desperate measures…the frog is in a safe place…just away from my window.

Nita smashes her fists into her pillow a few times, slides down into her cool sheets, and pulls the covers to her chin, and wiggles around until she finds a comfortable spot.  Just as she closes her eyes, she hears it.  “No, no, no…not happening.” She whines to no one, almost crying.

She whips the covers off, gets up and slips on her flip-flops and grabs a flashlight.  “That’s it!! This stops tonight.” She says with the fierceness of a bona fide hunter.

She exits the patio doors, and walks across the yard, to the other side of the shed where she has set up her makeshift aquarium.  What’s the big deal, it’s not like I have the little amphibian chained to a brick wall in a dark cellar.  Its got water, some leaves, a little dirt, it should feel like it’s at the spa.

Just as she rounds the corner, she carefully shines her flashlight in the direction of the croaking.  What she sees, stops her in her tracks.  Two frogs are sitting quietly on the grass in front of the glass case leaning their heads together.  A third frog has its hands up against the glass, resting its head and sadly looking in at the frog inside.  This is the one that is doing all the croaking.  All the other frogs are quiet.  The frog inside the container has one of its hands resting on the glass against the other frog’s hand.

Nita raises her hand to her mouth in awe.  “Awww…the frog’s little friends must really miss it.  This is so cute.” She says quietly as she cautiously approaches.

The three frogs look at her as she approaches.  One of the two starts croaking to the other one.

“OK, let’s quiet down, let’s see what she wants, I’m fluent in homo sapien.” Says Frank with his usual bravado.

Phyllis looks at him with an alluring smile and a look of newfound admiration.

“Ok….ok.  I’ll let your little friend go.  What do I know about frogs, I’m just a cosmetologist…a tired one at that.  I’m the one disturbing your home, I just wish you could be a little more quiet at night so I could get some sleep.”  Nita gently lifts the frog out of the container and sets it down next to the other frogs.

“I’ll just have to figure something else out…go on…enjoy your night.” She says as she brushes her hands against her pants and stands up to go back in the house.

As the four frogs begin to jump away, one of them stops and turns to her and looks right at her and nods its head and gives one last croak before he joins the others.

Nita just looks right back at him and laughs a little and says, “Nah…he couldn’t have understood what I was saying.”  Shaking her head she turns and heads back into the house.