I’ve missed a couple of weeks, so good to be back and doing some writing!!

#BlogBattle is a weekly short story challenge using a single word for inspiration.  Hosted by the talented Rachael Ritchey.  Feel free to join in, or click here to read the current week’s stories and vote for your favorites.

Locked in the Library 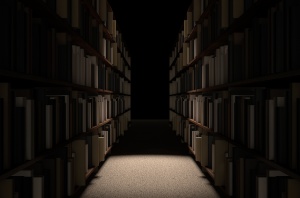 It was the ticket of a lifetime!! And Harper won it!! Well, it was a ticket of a lifetime for her. The library held a fundraiser/raffle and the winner would be Locked in the Library over Memorial Day Weekend. Being a big supporter of the local library, Harper doesn’t blink when she makes a sizable donation. Especially since this sizable donation will automatically enter her in the random drawing and the chance to be Locked in the Library for not just one night, but two nights!! The winner also has to write about their experience, which will be published in the library’s newsletter, on their blog, and the local newspaper. A courier presents her with the golden ticket that is elegantly tied to a big gold key, with the words ‘Locked in the Library” scrolled in calligraphy along the ornate bow of the key. She thanks the courier and shuts the door. Embracing the key to her chest she does a little dance chanting, I can’t believe I won, I can’t believe I won.

I arrive at the library an hour before closing on Saturday. After the photo op with the Director of the Library, she escorts me down to the break room. The local deli and bakery donated food for the winner that will probably last me a week. The fridge is stocked with soups and different kinds of deli sandwiches, soft drinks and juices. There are all kinds of pastries, donuts, cookies and brownies. I have access to a microwave and the coffee maker, what more could I want? The Director then leaves me in the hands of Bob, the janitor, who will give me the grand tour of the library, and point out the things that I might need to locate while I am here.

As we begin our tour he says to me, “Harper, I thought I was the only crazy fool who would want to stay in this library at night.” Realizing how that came out, he quickly backtracked, “Uh…not that you’re a crazy fool my dear.”

With a laugh, I assure him, “I know what you mean Bob, I think it’s going to be fun, I spend so much time reading, I’ll feel like I am amongst friends here.”

“You know” he leans close to me with a whisper, “I’ve spent the night here myself.  It is fun.”

“No way!! When?” I ask with astonishment.

Bob laughs to himself as he recalls the memory. “Back in the day, there were no security devices or intercom systems, so when it was time to close the library, the librarians would just walk to the middle of each floor and in a voice slightly louder than the customary whisper they would announce that the library was closing. Everyone knew to stop what they were doing, return their books to the shelves or check them out and exit the building. Then the librarians would lock the doors and go home. I was just a teenager at the time, and decided I would hide out in the stacks, where no one would see me. I always told my granddad, after he would tell me stories about the library, that if I ever came up missing, that’s where I’d be.” He said with a smile and a nod.

“Did you get in trouble?”

“Not really, Granddad knew where I was, and I think he let my parents know, told them not to fuss at me about it. They just asked where I was when I returned home, and I told them. With a knowing grin, granddad says to me, it was more than you expected, eh?”

As we finish up on the main floor Bob asks, “So who’s your favorite author and favorite character?”

“I have so many. I really like romance novels.” I say as I can feel my cheeks turn pink. “I’ve never read any of the classics, I know I should, but never have.”

“No worries, I haven’t either, I’m a James Patterson fan myself.” He says with a wink.

“You really want to hear this?” I ask skeptically.

“Please, that’s why I asked.” He gestures with his arm for me to proceed.

“I like the Fool’s Gold series by Susan Mallery. There is like twenty books in the series, which just amazes me, and each one is just as good as the one before. I love the small town she writes about, and the women in these books, their personalities, their success and their friendships are so heartening. My favorite character is Felicia. She’s super smart, her parents leave her to be raised by professors at a University. So she is super intelligent, but she lacks social skills, so you never know what will come out of her mouth, yet she is such a likable character.”

“Sounds like something my wife would enjoy reading. Hey, can you find it for me? I’d like to take it home to her tonight. I’ll be back, I’m going to make sure all the doors are locked.”

When Bob returns he finds me setting up my sleeping bag on one of the couches in the YA section of the library.

“OK. Everything is all locked up tight. You have my cell number and the cell number of the director in case you need it, I guess I’ll be on my way.”

“Oh, here you go, this is the one.” I hand him the paperback.

“Great, thanks. Well…enjoy your stay.” He lifts the book to his forehead and uses it to give me a salute. Then he is gone.

What to do, what to do? As if to answer, my stomach growls. I grab a few magazines on my way down to the break room to look at while I eat.

Once I’m done eating, I get lost in the children’s department. Pulling out all my childhood favorites and reading through them all. By the time I make it back upstairs it is a few minutes past midnight. I can see the flicker of the fireplace in one of the reading alcoves, and my mind must be playing tricks on me, because it looks like a shadow of a person standing there. As I get closer, I realize there is a person standing there!! She is a tall red-head, she has a book in her hand and is fanning through the pages and I hear her whisper “How can this be?” She hears me approach, she turns around, and when I see the book in her hand, I know exactly who it was.

“Felicia?” I say in amazement.

Her eyes wide she questions, “You know me? Who are you…why am I here?”

Trying to answer all her questions, I reply, “Yes, I know you, I have read all about you. My name is Harper, I am taking part in an event at the library called, Locked in the Library, I get to stay here overnight. But…I don’t know how or why you are here….Where did you get that book?” I thought Bob took it home.

“This is my book. Well…the book that is about me. It was just sitting here on this bronze book holder.”

We both look at the book holder, I run my fingers over the engraved words as we both read them in unison. ‘Books are a uniquely portable magic.’

As we both look up at each other, I am too excited to form a coherent thought so I blurt out, “Are you kidding me?” Oh yeah…so much more than I expected!!