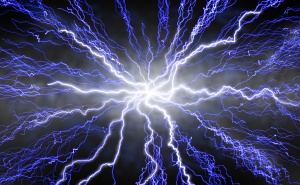 I enter the restaurant and find that Taylor is already there, she waves me over, we hug and I take my seat. “Good to see you Taylor.” I squeeze her shoulders before I sit down.

“It’s been awhile Andy, glad we can finally connect.  How was your trip?” She asks.

I give her the highlights of the trip, and finish by telling her how my flight back home was delayed, and what a hassle that was.

“It’s what?” I question, not sure I heard her correctly.

“Mercury Retrograde, it happens several times a year, and lasts for a couple of weeks.”  She went on to explain, “Mercury rules communication, travel, contracts and clear thinking.  When it goes retrograde, it looks like it’s going backwards in the sky, but it’s not, so all those things get all discombobulated during this time.  Oh…and Mercury also rules a lot of industries like, writing, publishing, editing, advertising, sales, and anything to do with transportation, so there’s your reason for you delay, because we are smack dab in the middle of it, and it won’t be over for another couple of weeks.”

“Great, just great.  You do remember I’m a blogger, I’ve never heard of such a thing, why hasn’t it affected me before?” I ask trying to understand.

“It probably has, you just didn’t know it, and just blamed it on whatever.  You’ll see, the weird things that will start happening will start making sense to you now.  And yes, you are a blogger, research it.”  She says with a wink and a smile, and continues.

“Oh and Mercury also rules anything that begins with “re”.  So it’s a good time to redo things, reassess, refinance, redesign, reorganize, like some closets.”  She rattles the list off as she waves her hand back and forth, but then she stops and holds it up saying, “But just don’t sign any contracts or enter into anything new, that’s not good,” she says shaking her head.

We finish our dinner and part ways.  I go back to my apartment, even though I’m feeling a little jet lagged, I don’t go straight to bed.  I decide to research this Mercury Retrograde thing to see if what Taylor told me had any merit.  Got to love her, with her passion for yoga and her big compassionate heart for saving the earth.

The last thing I remember is picking up my phone, to set my morning alarm, when all of a sudden lightning splits the sky, and thunder rumbles through my apartment and everything goes black.

The sound of the phone ringing awakes me.  I mean a phone, actually ringing, like I remembered from back in the 80’s not my usual ACDC Back in Black ring tone.  My eyes adjust to my surroundings, and I see the huge phone sitting on the desk and instinctively I answer it with my usual greeting, “Sullivan.”

“New kid, you the temp? My office right now, got a job for ya,” the voice barks from the receiver.

I rub my hand down my face and try to figure out where I am, and who’s office I need to find.  My mind is telling me that in almost the blink of an eye I went from being a blogger in 2015 to a news reporter in the 80s.  I am definitely in a news office, just like I’ve seen in the movies.  I find the editor’s office and walk in.  There is someone else sitting there, and I definitely recognize him, it’s my Uncle Jack, he’s the reason I went into journalism.

“So kid, here’s the deal, we have to revise our top story.  The Mayor has retracted his original statement on the issue since the whole crisis has been rectified.  The whole article doesn’t have to be rewritten, but Jack here will show you what needs to be done, to  have it resolved in no time.”

That seemed like a whole bunch of “re” in what he just said, or basically a big redo.  Just like Taylor said, and what my research confirmed, oy.

Jack holds out his hand to introduce himself, “Jack Sullivan.”

I firmly grip his hand, and respond “Andrew Ssuu…Sutton, nice to meet you.”

This ought to be interesting, seeing my uncle’s younger self in his element.

We get everything done, and end up at a diner.  This has been one crazy busy day.  I have to come clean and tell my uncle who I really am, and that I’m actually from the future.  I can only imagine what his take on all this will be.

“Good work today kid.  You remind me of myself when I was your age.  You look kind of familiar too.” He eyes me a little suspiciously.

“Yeah, about that, I need to explain something to you.  My name is actually Andrew Sullivan…uh junior, I’m your nephew.”  I allow that to register before I explain further.

“You’re telling me, you’re Andrew’s son?  Andrew isn’t married, he’s not that much older than you, and I know he doesn’t have a kid.” He says pointing at me with his fork to get his points across.

“Uh…I’m actually from the future.  I know it sounds crazy.”  Holding up my hands I say, “Let me ask you this, what do you know about Mercury Retrograde?”

He looks at me with a blank stare, “I’m in publishing, it’s been rumored that it does exist, and I know that we are smack dab in the middle of it as we speak.  I’ve never heard of anyone experiencing time travel though.” He says sounding interested for further explanation.

“Well the world is a different place.  The technological advances are something you can’t even comprehend.  Oh, and Uncle Jack, publishing as you know it, will be completely different, newspapers are almost non-existent.” I say with reverent disappointment.

“You’re crazy.  I can’t see how people would give up their newspapers, people like to read the news, not just watch it on the television.” Not wanting to believe such a thing.

“I wish I were.  There are other jobs out there though, like me for example, I’m a blogger.” Trying to explain myself.

“What? Where’s the red flannel shirt? You don’t look like a lumberjack, and what does that have to do with publishing?”

My uncle is well educated, I know he’s just messing with me, and I know he believes time travel is possible, we’ve talked about it. A lot.  Still, this might be more difficult than I thought it would be.  “Never mind, let’s just say that I am a writer, but not for a newspaper.  I don’t know how to even explain it or compare it to anything.” I say sounding a little discouraged.

How do I explain what a blog is?  Shoot, come to think of it, I’m drawing a blank of what blog actually stands for, is it an acronym for something?  Ugh…curse you Mercury Retrograde!!

I try one more time to explain, “Let’s just say, computers progress by leaps and bounds in the future, so much so that we can hold them in the palm of our hands.  But before I go, I want to leave you with this nugget.  If you remember anything from our conversation tonight, just remember one simple word for me, you might want to write it down, the word is Google.”

“Goo – What?”  He says as he pulls out his notebook and pencil.

“Google.” I say and then spell it for him.  “If you ever play the stock market, that’s one name you’ll want to remember.”

He shakes his head, with a resolve that what I just told him was gospel.

“I’m heading home before I get caught in the rain.  Nice working with you Uncle Jack.  If I don’t see you again tomorrow, you’ll know that I’ve made my way back home…I mean home as in my true home in 2015.”

As I’m about to leave, Uncle Jack calls out, “Hey kiddo, see you in the future.”  He salutes me with a smile.

I make it back to my apartment.  It is basically the same, except it is void of all my gadgets.  As I look around I see something sticking out from under the bed, I reach down to get a closer look, it’s my phone!  I try to turn it on just to see if it will work, and at that moment, there’s a flash of lightning followed by a roaring clap of thunder, and everything goes black.

My phone awakes me, blaring my familiar Back in Black.  I answer it groggily.  “Sullivan”

“Hey kiddo, you still asleep?  How was your trip? Must be nice to have those cushy blogger hours.  Just think if you had become a lumberjack like I always thought you’d be.”  He laughs into the phone.  “Never mind that, I was wondering if you’d like to come over and help with my deck, I’ve redesigned the whole layout of my yard.” He says enthusiastically.